Barcelona, Wednesday 19th of September 2012 – Top Management, international engineering firm that specialises in logistic parks, industrial facilities, retail parks and cold warehouses, was responsible of the construction management of the Michelin Spain and Portugal new logistic centre to whose inauguration they attended today.

The final user, MICHELIN, as well as the developer SABA Logistic parcs in partnership with CILSA, entrusted the engineering firm TOP MANAGEMENT with the adaptation of the warehouses. More specifically, the firm developed, for SABA, a fit-out and update, with regard to the standards to be complied by the warehouses, mission together with the corresponding building permit up until its granting. For MICHELIN, they carried out an interior offices’ fit-out and the writing out of the business activity permit project (environmental project and fire protection project) up until the granting of the opening and operating license.

From this 25.000m2 new centre, the French multinational will supply more than 600 points of sale in Catalonia, the Balearic Islands and Andorra. They will also make nearly 5.000 trips on an annual basis along different routes and more that 1.700 lorries from various European factories will unload there.

The move from the Santa Perpetua de la Mogoda’s facility was mainly due to safety reasons, a highly relevant point if one takes into account the product that is stored in their warehouses. After the warehouses’ adaptation, carried out by the construction engineering firm Top Management, the Subirats’ centre now has approximately 3.000 sprinklers and a tank of nearly 750.000 litres of water.

During the opening ceremony Cincia Poncino, logistic manager for Michelin in the south of Europe, expressed their appreciation of the work realized by the engineering firm TOP MANAGEMENT.

TOP MANAGEMENT S.L.
Engineering company which has an extremely professional team that has plenty experience in the industrial and logistic sectors and that offers engineering, project monitoring and consulting services. It characterizes for guaranteeing an unbeatable integral project management whether it be in expenses or in quality and deadlines and for providing environmental or other solutions so as to avoid critical situations that might delay the project. Evidence of their excellent work is the confidence that the customers have in them by not only continuing to work with them but by also recommending them. 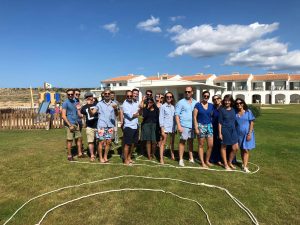 A few weeks ago, the Top Management tribe gathered in Menorca (Spain) for two days to celebrate our annual seminar. This is 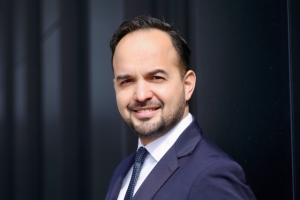 What attracted you to TOP’s project? I have known Top Management for more than 10 years, and we have met several times 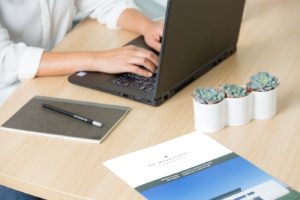 PREPARING A REPORT FOR A FINANCIAL ENTITY

This website uses our own cookies and third-party cookies to collect information in order to improve our services, and to analyse users’ browsing habits. Your continued use of this website constitutes acceptance of the installation of these cookies. The user has the option of configuring their browser in order to prevent cookies from being installed on their hard drive, although they must keep in mind that doing so may cause difficulties in their use of the webpage. Settings.

“In addition, COTOP MANAGEMENT SA informs users that they have the option of configuring their browser so that they are informed of the reception of cookies, allowing them to prevent these cookies from being installed on their hard drive if they wish. Below, we provide links for different browsers that can be used to complete this configuration:

Strictly Necessary Cookie should be enabled at all times so that we can save your preferences for cookie settings.

If you disable this cookie, we will not be able to save your preferences. This means that every time you visit this website you will need to enable or disable cookies again.

Please enable Strictly Necessary Cookies first so that we can save your preferences!